Posted by The Food Ho on July 01, 2009
So, with 4th of July coming up(don't cheer and shit, cause I'm working)I thought I'd do a short blog about stuff people eat on 4th of July. 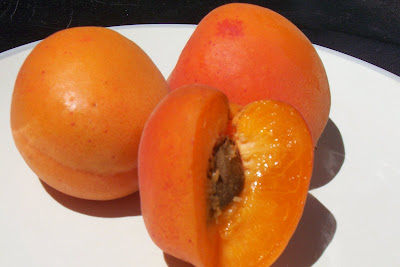 Apricots. It's stone fruit time. You can find them everywhere. It's not all good though. I have this compulsive habit of squeezing stone fruit when I pass it in the store. So far I haven't gotten arrested... Anyway, a common thing I see, or feel, is wrinkly old improperly ripened fruit. It's like wrinkly on the outside, but still hard inside. And it's going for $2 - $3 a pound! How does someone have the.... plums to stock this huge pile of crappy peaches. I know that it's someone's job to get this shit out onto the floor, but, c'mon. C'mon. They should have made a bunch of peach pies before it got to that!

Anyway, these apricots were purchased at the fruit stand between C and Broadway on 25th street. They were pretty delicious. They were sweet like honey, tangy, and just the right texture. I didn't eat one, and I put it in the fridge. I tried to eat it a day or two later and it sucked. It either froze and thawed out or it was just overripe. 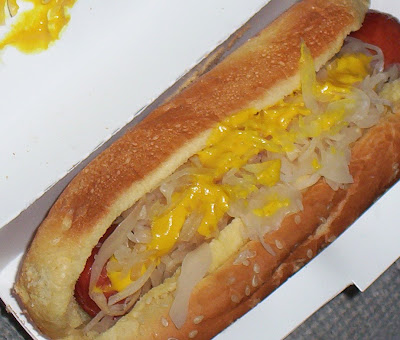 Hot Dog from Weinerschnitzel. Yum. That's all I have to say about that. 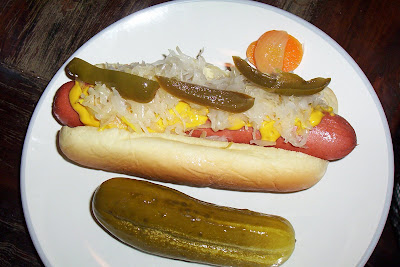 Jumbo Hebrew National from the grocery. These babies are so good, but it's not exactly cheap when you're talking about hot dogs. 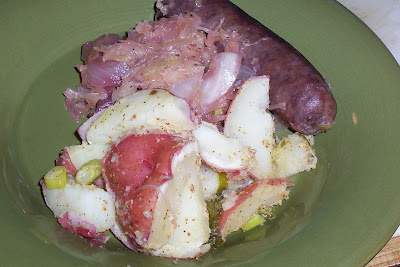 Bratwurst with sauerkraut and german potato salad. Yum! I'm not sure how this happened, but we randomly decided this is what we wanted to eat. 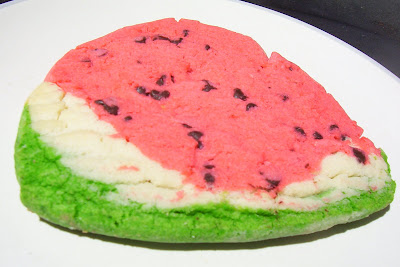 Well, you can't have fourth of July without watermelon, right? This is a yummy sugar cookie with chocolate chips from Panchita's. Personally I don't get all the pan dulce, it's like bread with a sugar coating on top - it reminds me of frosted wheat! Like why would you want the outside sweet and then the inside not so sweet? I just end of craving more of the sweet. But some of Panchita's shit is the shit. Like these cookies, the custard filled doughnut - which the Food Pimp refers to as a hamburger because it's just a doughnut split in half and overstuffed with the pastry cream.

Anyway, hope all y'all out there have a great Fourth of July!!!
4th of July eating food