Posted by The Food Ho on June 15, 2010
So, one of the positive things that came out of my mom's stroke, was that I had to turn to help of one of our old childhood friends. Our families had a falling out years ago, and we had not talked since. I am not much of a chatty cathy when it comes to picking up the phone, but since my mom's stroke, I'd had to make a lot of calls I didn't necessarily want to make. But one call I did make, and I'm very grateful for is my friend Lavender. She lives in St. Pete, and she's a physician, so it just seemed right to call her. And she has been a big help ever since.

So she came to the hospital 2 days in a row. On the second day, she brought her kids, who I've never met. She wanted to pull us away from the hospital and get the kids to play, and give us a break. We drove around Lakeland and showed them the spots that we used to go to as kids. We went to Lake Morton and fed the swans and ducks and other birds - 2 store bought loaves! This is kind of unheard of, because as kids, we were only allowed to use the old stale bread that we had on hand, so it would generally only be half a loaf. 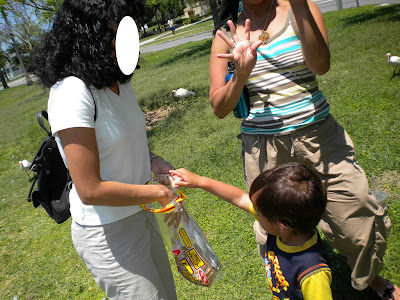 So we saw these mounds on the brick and trees. They looked like pale urchin roe, or bubble gum. We were wondering out loud what they were, and someone said they were snail eggs. 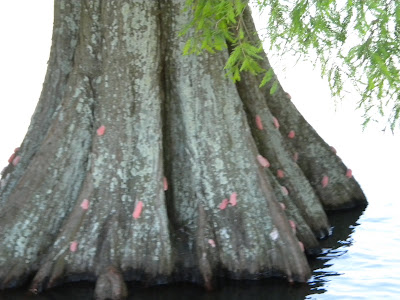 I wondered if you could harvest them and eat them...but I didn't try!

Sadly, there aren't as many birds around the lake as there used to be. Partially, I guess because of a heinous fraternity prank. Some dumb kids birdnapped and killed some of the black swans, so they removed them from the lake for their safety.

On to more happy topics...
food.

So we went to eat at Reececliff. It's an old diner that I think I'd only been to once with my sisters and their friend. I remember their friend saying, don't get the tuna salad because they sneeze in it. And I was deathly afraid to get it, even though it wouldn't have been my first or second choice anyway.

So, Reececliff closes at 3 or 4, so we just made it in time. There was only one or two customers left. This was kind of okay, because Duwende did not use up all his energy yet, and he was not having sitting still and eating. So, I got the reuben and the jello. Well, actually, the name of the jello was something like congealed salad. Sounds gross, eh? Well, we were all envisioning that ambrosia salad that they have in grocery store delis. It wasn't though. It was just a red block of very gelatinized jello with some fruit on top. Anyway, the reuben was alright. I think it was too damn hot, so I wasn't very hungry. 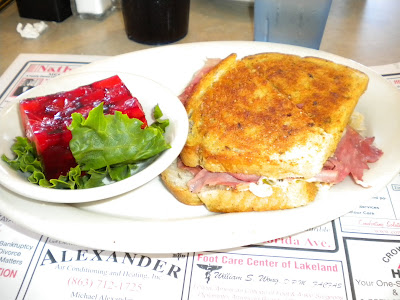 Lavender got the chicken fried steak and green beans, which looked delicious. 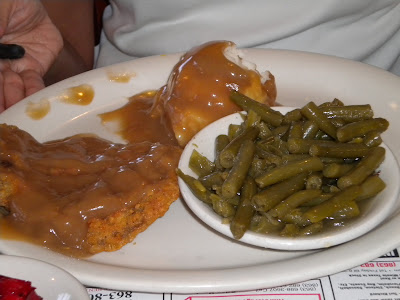 The kids got chicken fingers and grilled cheese. I can't remember what Openheart got, because apparently, I didn't take a picture of her food!

So, we also went to Lake Hollingsworth and took pictures on "the tree" that we used to climb as kids. 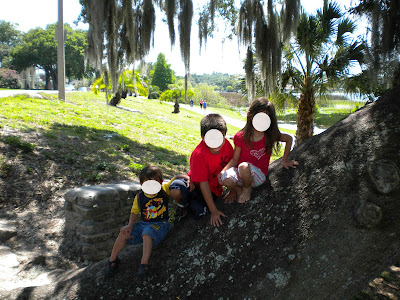 Here's Duwende with Lavender's kids - Allen and Violet. It was a very nice time, but not quite a distraction of what awaited us back at the hospital.
eating FL food Lakeland