Posted by The Food Ho on July 30, 2010
So, the next day after the crawfish boil, we needed dim sum. Yes, we "needed" it. So we decided to try Yum Cha Cafe. We got there in the morning, so there were not many people there. So, rather than being served at the table, you go to the counter and order what you want. I like this style of dim sum in the fact that you can see everything that they have. So we looked at all the food, and then we had a huddle - yes, just the 2 of us - and then we decided, and we ordered. 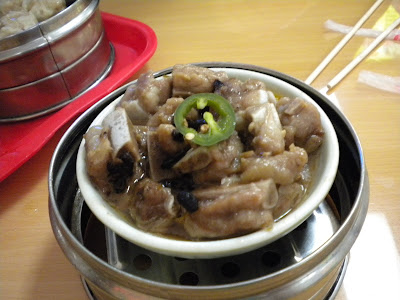 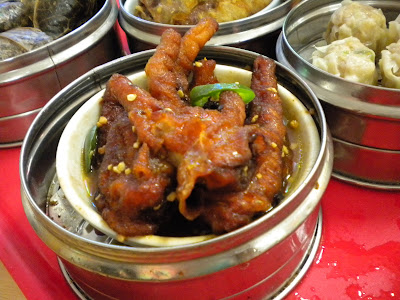 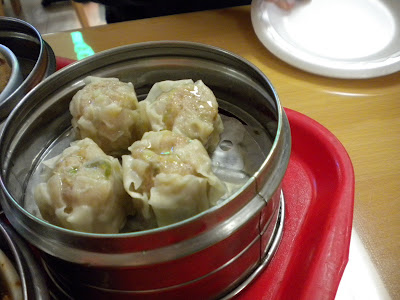 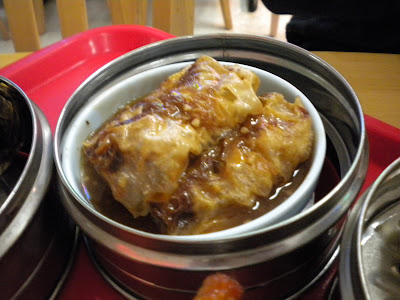 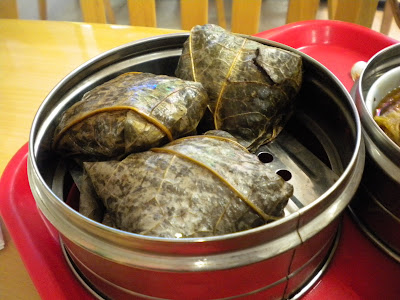 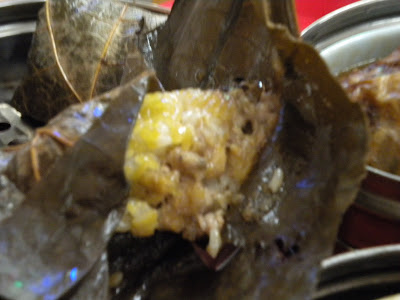 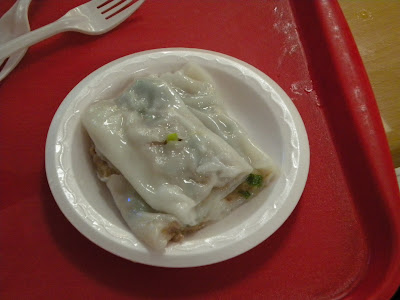 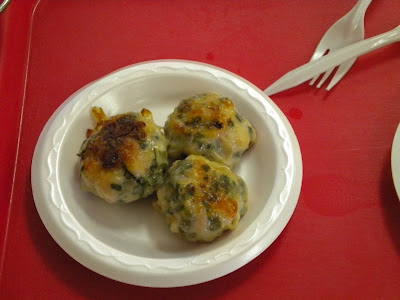 So, it was on the whole, pretty good. Well, for the price, you don't expect too much, and we didn't, so we weren't disappointed. We got mostly our standard dim sum dishes. except for the last thing. we went back and got it after the first round. It was fish or shrimp - there was something yucky about it.

We were disappointed in the soy sauce though. What is that shit? It's like artificial, with additives! I mean it must be cheap as dirt, it's thicker and sweeter and not soy sauce. So if we go back, I think we'll bring our own soy sauce.

So, after, we went to asian market next door. On going to the back of the store, I got confused and wondered if it was a grocery store or a pet store! 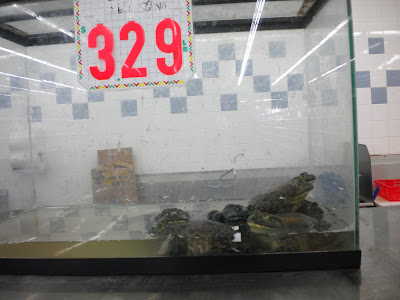 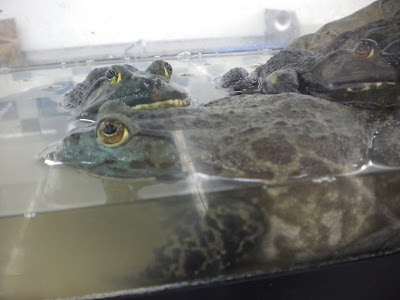 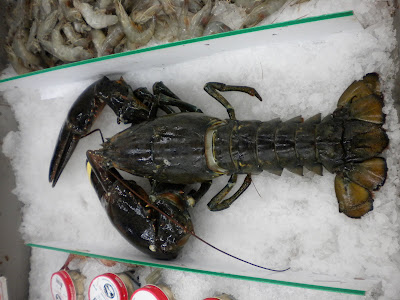 I have only ever prepared frog legs - frozen skinned ones. All you have to do is split them in half and cut the anus out. I really don't know if I would know what to do with a live frog. It would probably escape, then the cat would kill it - the other cat would probably be terrified of a frog - then the frog would be all dirty and gross and that would be that. A wasted life.