Posted by The Food Ho on May 09, 2011
So, the one upside to not cooking every day at work means that I actually want to cook dinner rather than veg out in front of the TV every chance I get. Don't get me wrong, I do still totally veg out in front of the TV, but it's been more late at night when the Food Pimp is passed out snoring next to me. That's when I can watch whatever I want, and when the pickins are slim. I have managed to find a lot to watch the past couple of nights - Up, Winter's Bone, 2010. Up - mixed emotions about a cartoon that made me cry in the first 10 minutes, Winter's Bone - great, suspenseful, pretty bleak but still... I don't want to say inspiring, 2010 - just a good thrill ride.

And, at this point in time, I have to apologize. I had been working on this blog a few days, a little bit at a time, and it seems, the last several paragraphs and pictures were not saved. I don't know if this coincides with the fact that the site was down for about 12 hours last night....

Anyway, here it is again! 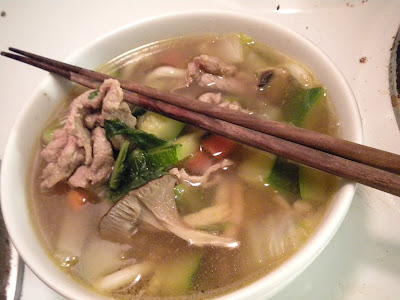 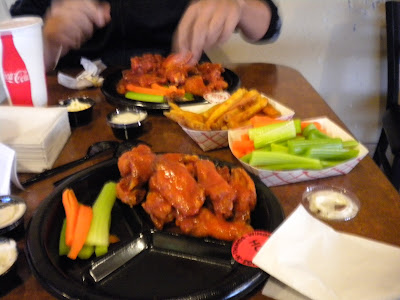 Wings N Things buffalo wings. I got the hot, and the Food Pimp got the superhot or 911 or whatever it is called. 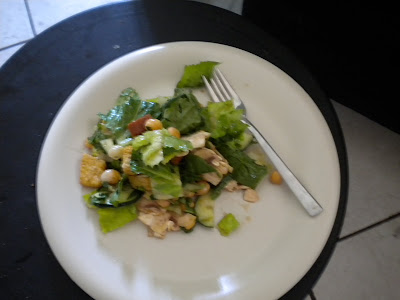 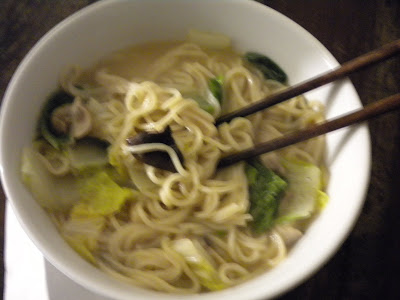 Ramen noodle with pork flavor soup base. So, this was the night after 2 hot beach days a couple weeks ago. I was burnt. But then a couple minutes after I ate, I got hives where I was most sunburnt on my arms. I know I get heat rash, and I'm a hypochondriac, but I looked at the label and it had MSG. So I looked up MSG on the old google, and it can induce an allergic type reaction with excessive histamine release. I don't know if that's what it was, but it didn't go away until sometime the next day. Anyway, the noodles were delicious. 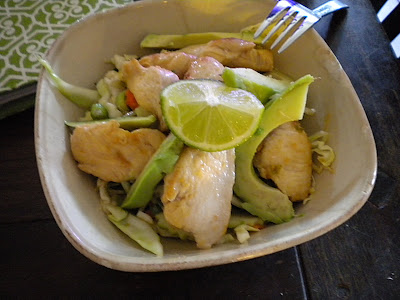 Asian cabbage slaw with sauteed chicken. This was funny because the FP was not excited at all when I told him what I was going to make, but it was really effin good! It was just kind of that generic salad dressing - soy sauce, sesame oil, rice vinegar, lime juice, and then cabbage, carrot, green onion, and I dipped the chicken (breasts - the FP tries to be a little healthier lately) in the dressing and then cooked it. It was quite yummy. 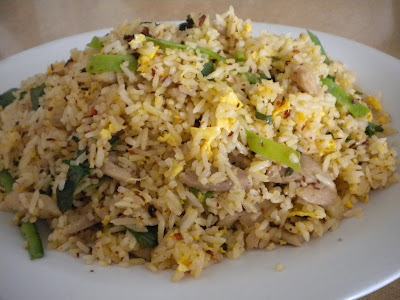 Chicken fried rice from Convoy Noodle House. It was a may gray kind of day, and I just felt like fried rice. It was so good. They use tender fatty chicken leg. I know, there's this stigma about fried rice and using leftovers and stuff, but it tasted good and I didn't get sick, so I'm fine with it! 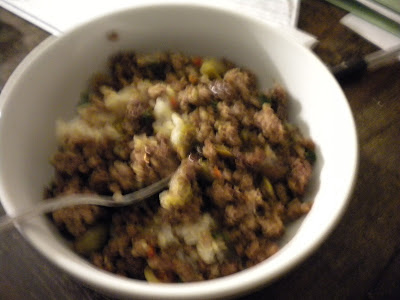 Empanada meat filling leftovers from the FP's cooking class over rice. So he did this South American class and the ground beef had like cumin and raisins and green olives. I was very skeptical about this, but there was more olive than raisin, so I liked it. They kinda balanced out the flavor, which I guess is the point. Then, a week later, we had it and it was more raisiny. I pointed this out, and the FP said, yeah, it's better for the empanada. That's all he said, so, I think he was bullshitting me, but I can't verify that. Those of you who have been reading a long time might know how I hate cooked raisins in savory food! The texture, and the flavor - it brings out the sweetness in a way I don't like. But, we are at a low point financially, and I ate it without protest. 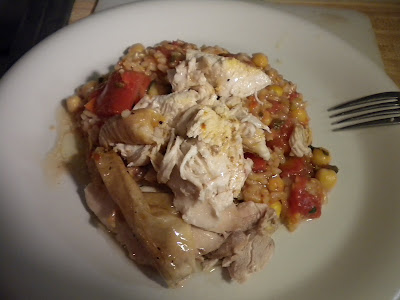 So, I guess we've been eating a lot of chicken. This was a roast chicken with just salt and pepper, and then a brown rice (oh, another healthy choice!) with tomato and chickpeas. I have to say, this was pretty tasty for something so simple. 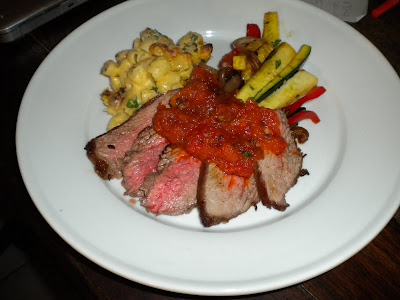 Tri tip beef with a sweet bbq-like sauce, and sauteed veggies, all the FP's creation, and spicy mac and cheese that ended up tasting like deviled eggs, my strange creation. That was definitely not my best mac and cheese. It was weird. The other stuff was really good though, so when you ate it all together it was good because there was so much flavor going on. 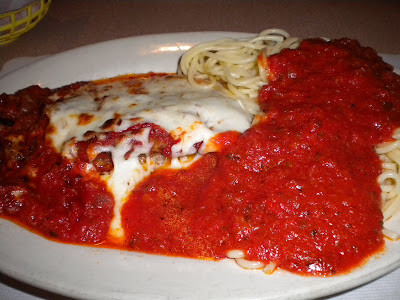 Eggplant parmesan at Lido's. It tasted good, but it was like baked. I like it crispy outside. But you know, it's Lido's, and the dish cost like $6. Good price point.
cheap eats cooking at home food