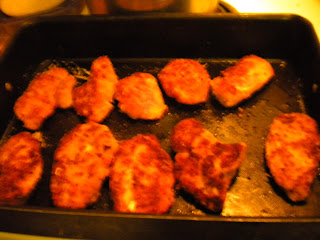 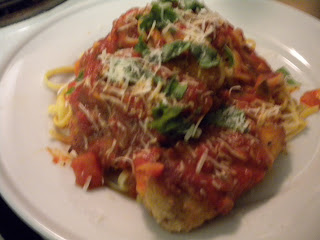 This is chicken parmesan.  This is a strange thing that I really don't know if I've ever made.  It was good though.  I had to double coat the chicken breasts with flour/egg/bread crumb/parm coating because one pass through wasn't enough.  I tried to bake it in the oven, but I didn't have the oven cranked up high enough, so it wasn't browning.  So, I browned the breasts (tee hee hee) in a pan with oil.  It was kind of backwards cooking.  I used pre-made tomato sauce cause I'm lazy!  It was still delicious though. 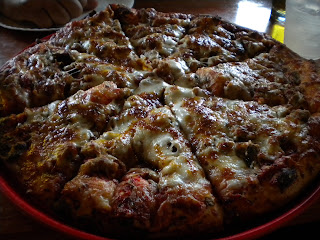 This is fluffy, soft, cheesy, not enough saucey, Pizza Port pizza.  We had never been to Pizza Port, so we went to the one in OB.  It was nice to go to the beach area and hang out and have an okay beer.  And we were hungry so we ate the pizza.  But it just really wasn't anything to write home about.  Especially because I don't call where I grew up home, and also because my dad wouldn't know what the hell I was talking about anyway. 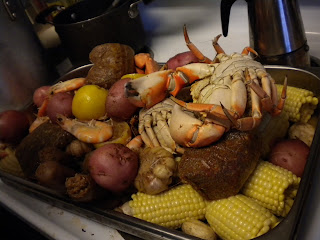 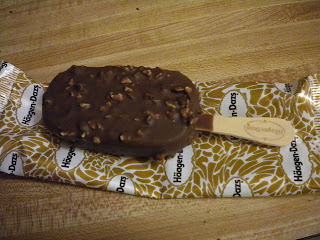 Okay, so I had to get a Haagen Dazs chocolate almond ice cream bar to compare to the magnum.  The magnum was way better.  Well, the chocolate on the magnum was better.  The almonds on the Haagen Dazs were smaller bits and crunchier.  I'm not sure about the ice cream - I think it was about equal.  But I think the thicker richer coating on the Magnum gave it the edge over Haagen Dazs.
chicken parmesan food pizza shrimps stone crabs