Posted by The Food Ho on July 11, 2018
So, the second night in Paris, we wanted a home run.  So we went to the seafood restaurant that TFP found online.  It's called Clamato.  The other restaurant by the same ownership called Septime has a Michelin star (ooh la la!). 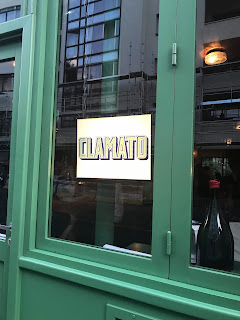 So, we got there around 7ish, and it was packed.  We just manage to squeeze (in the literal sense) into the last 2 spots at the food/garnish/server pickup bar.  We were sitting elbow to elbow, but it's Paris & they like to cram as many people as they can in any little space.  I was sitting next to a guy who at first sounded American, but as I heard him more, he sounded like he had a very light accent, like South African, New Zealand or Australian.  Anyway, I definitely kept accidentally nudging him with my elbow. 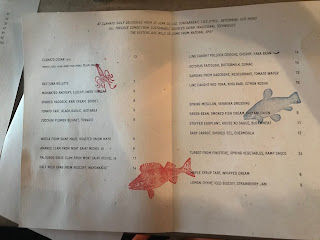 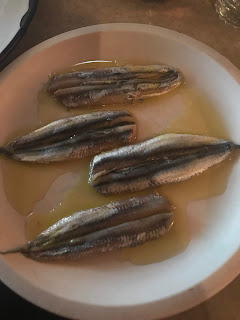 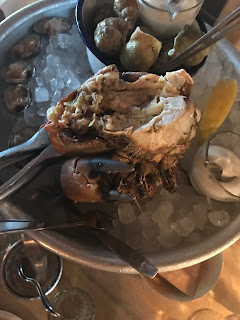 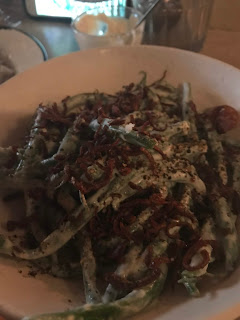 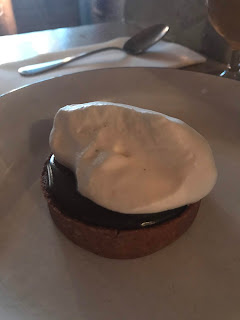 After the dinner we decided to get a cocktail at a bar nearby called Bluebird.  The owner was a charismatic little rasta guy who was Greek but had lived in Barbados for a long time. 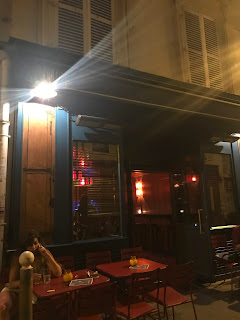 I don't remember the names of any of these drinks... but this one had ginger and coconut. 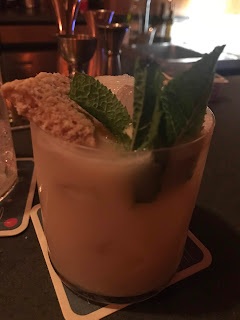 the one on the right was like a daiquiri, and the other was a gin drink with lemon 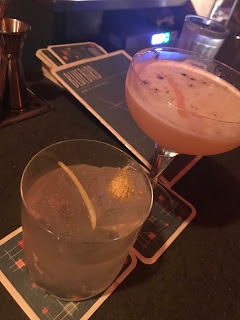 Alright my memory is terrible.  But all 3 drinks were really good.  And after that we went back to our hotel room and drank the champagne that the hotel staff left in our room for our anniversary.  It was a nice end to a very nice night. 😃 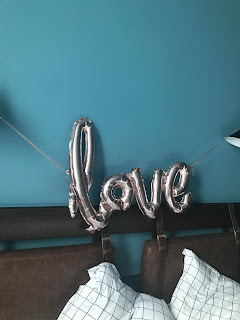 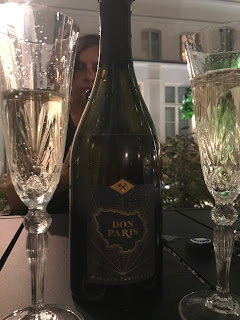 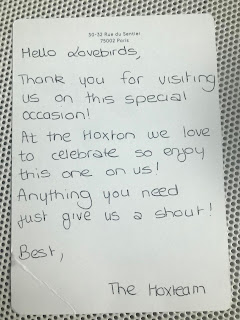