Let's start with this.  Roasted eggplant with chili oil & almonds from Peche. 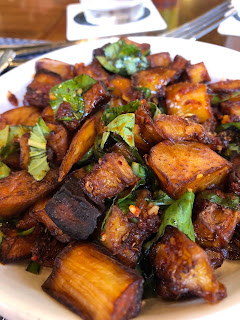 We eat at Peche kind of a lot.  We go on Monday.  We sit at the bar - preferably in the back corner if we can choose our spot.  The same bartender is always there.  He looks like our friend from San Diego who played music with us.  TFP pretty much always gets a dozen oysters and gumbo.  Then we get other stuff depending on our mood.  They have the best desserts, so sometimes I try not to overdo it on the savory side so I can order a dessert.  This time we went, we decided on this eggplant side as a last second add on.  It doesn't look like much, but it was delicious.  And a few chunks were really toasty and crunchy, while others were soft inside.  I liked that about it.  Unfortunately, I don't have any photos of anything else because we eat there so much.

So, next up is Clesi's.  It's down the street from our house.  It's known for boiled shrimp and crawfish.  And this was our first time here.  I didn't get a photo of the outside deck, but it's pretty nice.  As long as it's not sweltering outside....It was nice and comfy inside, although there was one other table in there while we were there. 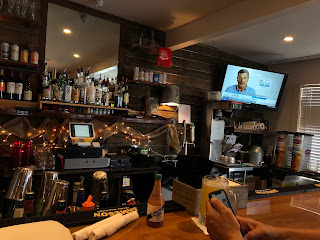 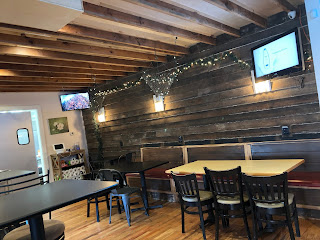 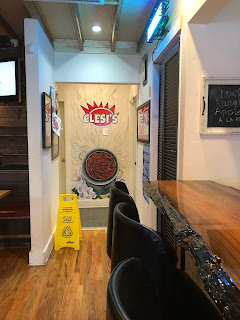 We got the berled shrimp.  They were nice and big and a good clean shrimpy flavor.  The potato, corn and sausage were good, but nothing special. 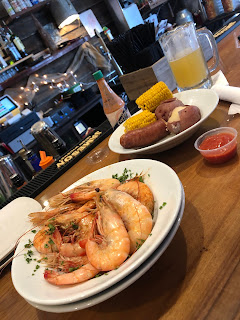 We got a little old side of jambalaya cheese fries.  And it was literally fries, jambalaya and cheese.  And it was good. I ate most of it, of course.  The fried oyster po boy was... meh.  The bread was so big and stale, which always sucks.  The oysters were ok, but the problem is, that Parkway Tavern is just down the street as well, so.... 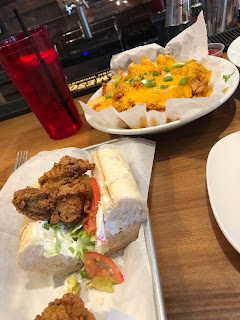 So, next up is the food from our other favorite restaurant that we go to - Station 6.  They are closed on Monday, so we will usually go on Tuesday.  It's a little out of the city - in Bucktown, which is still only 15 minutes away.  But it is worth the trip.  You should go there!  Our former chef from Vega Tapas Cafe opened this place with her husband.  It's like a casual neighborhood restaurant that's not in our neighborhood.  Once again, I don't have more pictures because we go there so often, that I never think to take pictures of the place.  Anyway, here are some local oysters. 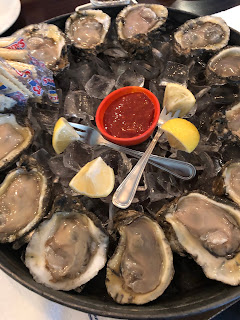 These were especially delicious.  TFP said they were some of the best he had had in a long time.

I just got this little dish of jumbo lump crabmeat on top of fried soft shell crab, on top of crispy potatoes.  So. Fuckin. Good.  Sorry for the curse word, but it is really the best way to describe it. 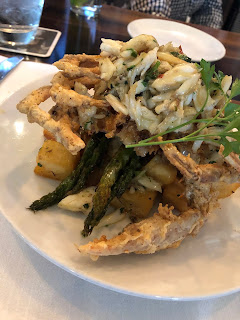 TFP also got the gumbo.... because that's what he orders.  Oysters and gumbo.  Look at that huge bowl.  He ate most of it. 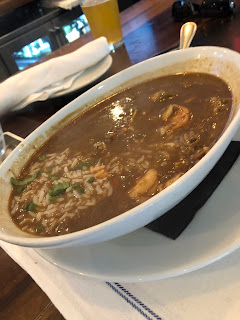 So one afternoon, we went to a local brewery.  Like a mile and a half away.  It's called Zony Mash Beer Project.  It is in the building that was the Gem Theater.  So, before Zony Mash, it was Wayward Owl Brewing.  Which, we never got a chance to go to because we are lame.

Anyway, it's a brewery in an old movie theater.  How cool is that?!?! 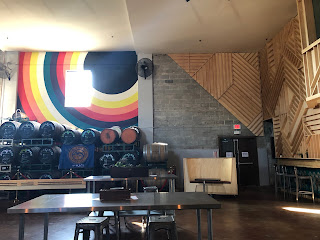 Here is the bar kick plate. 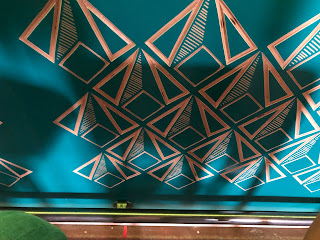 Here is the projector room. 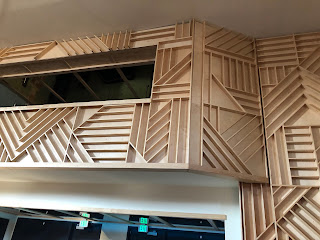 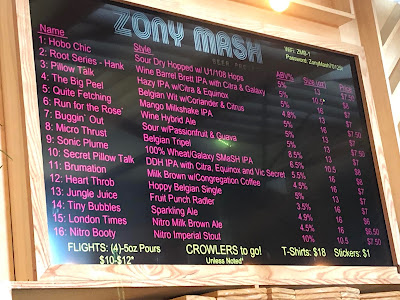 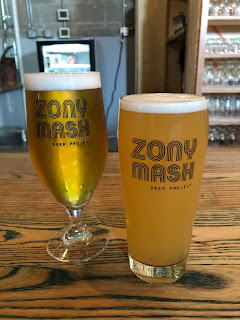 We are still trying to stick to eating healthier than before.  We eat more vegetables, grains, legumes, and we eat less meat and pasta.  I eat less sugar.  So, when I cook at home, I try to cook healthier than before.  It sucks though, because it doesn't fill me up the way a good old steak or other meat does.  But I'm trying to get used to it.  I ate way too much unhealthy food before.

Here is a soba noodle salad that I made at home.  It was with peanut soy dressing.  I undercooked the noodles just a tad bit, and then they broke when I tossed them in the dressing.  I have always had difficulty boiling soba noodles for some reason. 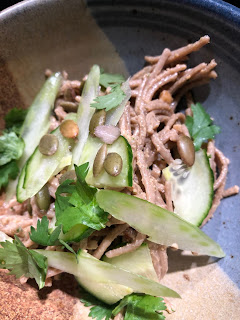 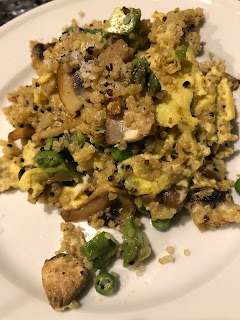 I've been eating more eggs lately.  Which I usually have some in the fridge in case I want to bake something.  If I'm going to eat sugar, I try to eat stuff with nicer ingredients, like cage free eggs and whole wheat flour, so I try to bake banana bread or cookies or whatnot, and I've been putting less sugar in them.  The only problem is, I bake too much for one person to eat, so I gorge on whatever I've baked until its gone in two or three days 😫